7 Things You Need To Know Before Installing CCTV 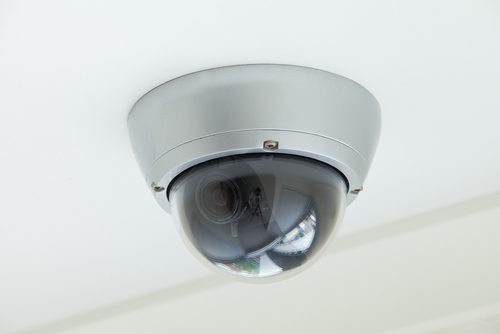 Even though Singapore is considered a safe country, crime still remains a widespread phenomena. For this reason, citizens and residents are urged to keep up the fight on preventing and deterring crimes of different nature. This can easily be done with the help of CCTV surveillance cameras at offices, business premises and also in homes as well. Below are some of the ways CCTV cameras help reduce crime.

1. Deterrence
An installed CCTV surveillance cameras actually work by deterring criminals from committing crimes due to their physical presence.
– The installation of the cameras can easily be done especially at the front side of a home and also somewhere around cashiers. This is highly effective for preventing thus reducing crime since it deters criminals who steal or commit different crimes on impulse. As a result, the number of car thefts, and shoplifting cases are significantly reduced. CCTV cameras make criminals fearful and this tends to paralyze them and prevent them from engaging in criminal activities.

– Other than that, both employees and your customers will feel a lot safer with the presence of surveillance cameras around them since the gadgets record all incidents that occur.

2. CCTV assists with the arrest of offenders
Strategically installed surveillance cameras are capable of helping when it comes to detecting and arresting offenders.

– Using this mechanism as a crime prevention measure facilitates police response thus making it easier for law enforcement to respond to criminal incidences in a timely manner especially if the incidents are spotted early enough by the camera operators.

– The cameras also makes it easier for criminal justice system to pursue and convict offenders. This mechanism is highly effective as it works by preventing criminals from committing different crimes within a given area where the equipment has been installed.

3. Identification of potential criminals
A CCTV surveillance system filters out the potential criminals.
– For instance, if you take an example of shoplifting, properly trained staff members can easily notice the anxiety someone has especially if he has shoplifting tendencies. Consequently, the criminal will be deterred by staff members from committing the crime as they approach him or her thereby discouraging the criminal from engaging in shoplifting.

– The same applies particularly in secluded areas such as car-parks back alleys. In such situations, companies hire full-time security personnel to monitor the high risk areas. The security staff will easily identify individuals who engage in suspicious activities and respond to such instances within a short period of time.

– There are instances where a criminal will be deterred from engaging in crime when he or she notices that he is being monitored. Car-parks are notorious areas that require installation of surveillance equipment since crimes involving rape, robbery and rape occur in such places. This effectively prevents crime and helps reduce the number of crimes committed within the country.

4. Evidence of crime is provided by surveillance cameras
Installation of surveillance systems makes it easier for home and business owners to provide evidence that a crime occurred. As a result, criminals can be tracked almost effortlessly using the surveillance footage. Previously, it was actually quite difficult to prove crimes and this presented a challenge to courts. Consequently, a good number of criminals got away since charges or allegations made against them could not be sustained or proved and this encouraged criminal elements to engage in more daring activities. Even so, security surveillance significantly changed everything. Evidence collection and tracking is now reliable and specific particularly with regard to the unity and direction in which investigations are carried out. As a show of their efficiency and effectiveness, surveillance cameras have actually reduced theft instances and other general crimes quite considerably especially in parking lots and casinos. They surveillance systems have indeed proved that they are effective for purposes of crime prevention and reduction. The limited number of people who choose to engage in criminal activities will therefore be presented in court with hard evidence proving they committed the acts leveled against them. Consequently, it has now become easier for such criminal elements to be convicted for their crimes.

To get the most from CCTV surveillance systems and make them more effective, two important components should never be ignored; people and location. It is imperative that you identify the most suitable location for placing the CCTV surveillance cameras as well as placement. Trained security personnel often react more promptly and better to situations if the location under surveillance is close to areas being monitored. As a result, crimes are deterred more swiftly. Furthermore, the trained personnel will also find it easier to facilitate the arrest of criminal elements in a swift manner if deterrence fails. People are also important when it comes to preventing instances of crime. More people in any given area means it is less likely for crimes to be committed in that particular area. From this discussion, it is easy to understand how and also some of the ways CCTV cameras help reduce crime in Singapore. 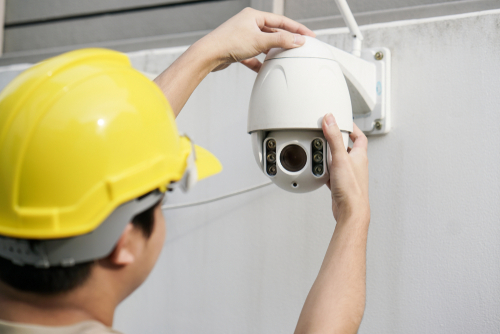 Signs That You Need To Install a CCTV

Where Should You Not Place A Security Camera? 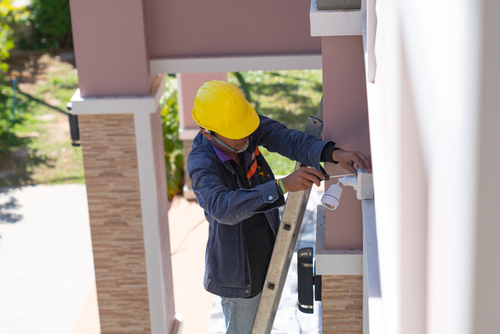 Why Choose Us To Install Your CCTV Camera?

HOW MAY WE HELP YOU?